Whose idea was this polar vortex thing?

I have to say, I am not in favor.  (Not that I recall getting a vote!)

My thermometer has forgotten how to go above 1.  I have been forced to waste gas to get Princess Blue Kitty's engine properly warmed before driving (which I'm sure is contributing to the environmental circumstances responsible for this weather!)  Worst of all, I'm afraid Punxsutawney Phyllis isn't even going to emerge on February 2 if it doesn't get a little warmer, never mind make a prediction!  She is a fan of all weather, but even she has her limits!  Plus, I heard a rumor that her long underwear is missing...

In protest, since I'm feeling bullied by the weather, I've decided to do a Perfect Picture Book about one way to deal with bullies! 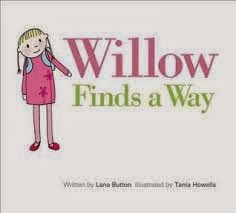 Opening: "In Willow's class, Kristabelle was the boss.  Willow wished for words that would say, "no," when Kristabelle told her where to sit, and what to play, and who to play with.  But when Kristabelle spoke, everyone did as they were told.  Even Willow."

Brief Synopsis: Kristabelle, the class boss, is having a fabulous birthday party, and Willow really wants to go.  But when Kristabelle un-invites some of the other kids, Willow has to decide which is more important: the party, or doing what's right.

Links To Resources: This book is a good one for opening discussions about friendship, bullying, and self-confidence.  What makes a good friend?  How does bullying make people feel?  Anti-Bullying Tips and Conflict Mediation Tips which you can read and then discuss with kids.  Read Enemy Pie and talk about how Derek and Willow's approaches are different.  Which one do you think would work better?

Why I Like This Book: This is a charming story in which Willow models one way of dealing with a classmate who is a bully/has a controlling personality.  Her response is a refusal to take part in the exclusion.  She doesn't get mad or yell or carry on.  She thinks.  And she comes to a decision about what is right for her.  By taking the action she does, she shows the other children that they have a choice and encourages them to embrace it.  She makes her point by disengaging, which is something a lot of kids could have success with in similar situations.

(Willow's Whispers was reviewed for PPBF a couple weeks ago by Pat Tilton and would make a nice companion read.)

For the complete list of books with resources, please visit Perfect Picture Books.

Following Willow's example of disengagement, I've decided to disengage from winter and go where it is not negative-something degrees!  If you need me, I'll be here :) 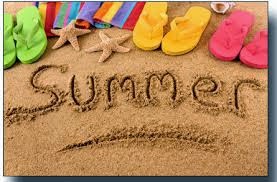 PPBF bloggers, please leave your post-specific links on the list below so we can all come visit you (if we can thaw enough to move :))

(Oh, and P.S. - I'm hoping to have an interview with Lana Button, the author of Willow's Whispers and Willow Finds A Way, sometime in the not-too-distant future, so keep a weather eye! :))