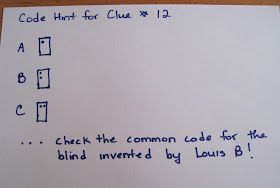 
Yes, I realize it's getting on for midnight - about 18 hours later than I usually post and way past my bedtime :)  But I promised to post the finalists on Monday December 26 and By Gum I'm going to deliver as promised!

(I'll confess, however, that I have absolutely NO IDEA what I was thinking when I promised that.  All these fabulous entries, which required reading and rereading and rereading to narrow down to finalists in the midst of wrapping and baking and celebrating Christmas and my nephew's birthday which was today... I think the fact that I accomplished it, albeit on the late side, proves that I have actual magical powers!)

Before I put up the poll for you to vote for the winner, I just have to say a couple things:

First, I was so gratified by how many people entered the contest - 29 in all!  All you amazing writers took the time to think and create, write and revise, and bravely post your entries for the world to see and me and my trusty assistant to judge, all for my little contest.  You ALL deserve a pat on the back, a round of applause and a celebratory slice of hot apple pie with a big dollop of homemade whipped cream!

Second, I was so impressed by the overall quality of the entries!  So many wonderful ideas, and all so different!  Such creativity!  And some very talented rhymers!  You have no idea how hard it was to have to set wonderful stories aside, one by one, based on relatively nitpicky things because I really couldn't have 29 winners!  Please know that there were many things I loved about the entries that didn't make the final cut.  Finalists were chosen based on originality, quality and appeal of story, and precision of rhyme and meter.  They had to have everything to make the cut.  One or two were culled because they had one but not the other, or because of inconsistency of mood or story.

Third, I realized part way through reading the entries that I did not specify this was meant to be a kids' story.  My mistake, but it made the judging even harder because there were some entries that were clearly intended for children and some that were written from a much more adult perspective.  So you will note that of the six (not three) finalists that I'm posting, 4 are kids and 2 seemed (at least to me) more adult, but all were great stories.

So, enough with the explanations!  On with the voting!

“Twas the Night Before Fishmas”
Twas the night before Fishmas, when all through the sea,
Not a flipper was flapping, it was still as can  be.
All the fishies were snoozing, snug in their sponge-beds,
As sweet dreams of earthworms, just squirmed through their heads.
When all of a sudden, through seaweed so thick,
Poked the jagged white teeth, and sly smile of Shark Nick!
And straight through the waters, he darted so fast,
He filled every conch-shell with treats that would last.
Chocolate worms, shrimpy-canes, plankton cakes for each fish!
Every conch over-flowed with each sea creature’s wish!
“Merry Fishmas,” he whispered and gave each a pat.
Eat up, little fishies and get plentifully fat!”
“Every Fishmas I visit, I happily treat you!
So you’re portly and plump, when I happily eat you!”
Then as quick as he came, he was gone in snap
He shot through seaweed, with a single tail-flap.
But they all heard him snarl, as he swam out of sight,
“Go ahead little fishies….Go ahead…Take a bite!”


T’was the eve before Christmas and down by the stream,
the moles squealed and scrambled, as in a bad dream!
The snowstorm that blasted the valley that day
had flooded the tunnels; all nests flushed away.

Mama mole bundled her babies up tight,
shivering, “Where can we spend this cold night?”
Papa mole helped them climb out of the mud.
On mounting the bank, they heard a great ‘thud’.

The family looked up, OH, what a surprise -
a laughing old man dressed in red, filled their eyes.
He knelt in the snow, scooped them up with such love,
gently, he slipped them inside his warm glove.

He’d finished his rounds, then heard of the plight
of riverbank creatures that wet, snowy night.
They swooped on upstream calling out in the dark,
“Any need help? We’re the Santa’s Sleigh-Ark.”

As the sleigh flew along, they gathered a crew,
of rats, otters, mice, and a soggy duck too.
They pulled tight the scarves, all snuggled together,
so grateful for safety from treacherous weather.

The sleigh landed, CRUNCH, on North Pole’s ice strip.
The river crew marveled at their first sky trip.
The reindeer were settled in stable with straw,
but Santa had plans for the damp, homeless poor.

He kindled the fire, put chestnuts to roast,
he smothered with butter and honey, the toast;
he brewed pots of tea, and laid out the mince pies,
then chuckling, he pulled out his festive surprise.

How could he know? Had he planned more to share?
Santa had presents for each of them there.
From wee smallest mole to old grandpa Duck;
they shed a few tears, overwhelmed with their luck.

‘Twas the night before Christmas when there on the screen
Played an eco-documentary with ways to be green.
On the sofa sat Rudolph who suddenly froze
And pulled his front hooves right in front of his nose.

“I’ve got to replace this old iridescent
With an LED light–or at least a fluorescent!”
At once Rudolph dashed to the D.I.Y. store,
And the reindeer pack gasped as he clopped out the door.

“Don’t leave us,” yelled Comet. “You’ll make us all late!
It’s a good thing you’re doing but...Christmas WON’T WAIT!”
“C’mon” scoffed ol’ Blitzen, “Let’s get up and soar,
We can fly without Greenie–we’ve done it before!”

Then up flew eight reindeer with no glowing light,
Leading Santa’s big sleigh on a cold, wintry night.
But the wind and the storms blew a blinding, wet mess
So Donder unwrapped Yumi’s new G-P-S!

Their troubles were past them until Tokyo,
When Santa reminded, “That gift’s gotta go!”
Then Dasher discovered an oversized candle
In shimmery paper with a tag that read: Randall.

In a flash went their stress ‘til they flew o’er Khartoum,
When that “oversized candle” exploded...KA-BOOM!
It kicked up a sandstorm so Prancer thought quick,
Unwrapping a flashlight for young Dominic–

But the batteries died just past the Sahara,
So Vixen dug up Amy’s light-up tiara!
“You hold it,” he bickered, “Too girly for me!”
And they pawed it and clawed ‘til it fell in the sea!

“Now stop it, you guys!” bellowed Santa in back.
“We’ve got presents to give, so no talking smack!”
They straightened right up and squinting their best
Took strange routes from Cape Town to old Budapest.

Eventually they made it, but sore and pooped out,
And when they got home they gave Rudolph a shout:
“You lazy, green-washing...WAIT...that’s the SAME nose!”
Rudolph casually shrugged, “Yeah...the merchant was closed.”

“Well I guess we don’t need you!” the reindeer yelled, peeved.
And to their surprise, Rudolph felt...quite RELIEVED!
“That’s perfect!” he sang, then rushed out the door.
“See you guys in two years, I've joined the Peace Corps!”
#5 (parents)


‘Twas the Night Before Christmas, and all through the night,
We parents were wrapping with all of our might.
The stockings were stuffed but the presents were bare.
“I’ll be more organized next year… I swear!”

We prayed that the children would stay in their beds,
Snuggled in tight with the spreads on their heads.
While Daddy with his screwdriver and I with my tape,
Settled in to the task to make Christmas take shape.

When all of a sudden the dog began barking.
The reflection of bows on the ceiling were sparkling!
I sprang from the couch and led him away –
Into his crate to await Christmas Day.

At last we were ready to load up the tree.
Poor Daddy endured sharp instructions from me.
First this one!  Now that one! Put this one on top.
Be CAREFUL! It’s fragile!  Be sure it won’t drop.

And then we collapsed, exhausted and frayed.
“Oh please let the kids sleep ‘til eight,” we both prayed.
One blink of an eye and we heard the kids cheer,
“Come look at the tree, ‘cause Santa’s been here!”

We groaned in our beds, our eyes red and puffy.
The kids both looked glowing, while we looked quite scruffy.
I brewed us some coffee and scorching hot tea,
Then readied myself for the festivity.

One blink of an eye and the presents were done.
The kids were quite eager to play and have fun.
But as they were cleaning up ribbon and wrapping,
I lay my head down and soon began napping.

As I slipped into dreams, I heard a soft voice
Remind me to savor the day and rejoice.


‘Twas the week before Christmas when all through the school
The children excitedly prepared for Yule.
The choir sang carols of joy and good cheer,
And how they’d behaved for their parents all year!

The students drew snowmen and reindeer and elves
Which teachers hung proudly upon all the shelves.
My class in pajamas, and I with my book,
Read about the adventures that Santa Claus took.

When out in the hall there arose such a roar
We jumped from our seats and ran to the door.
We peeked ‘round the corner to see what was there,
For a moment the children could only stare.

I cried tears of joy when I saw their bright eyes
The volunteers planned an amazing surprise.
Hot cocoa they poured for the girls and the boys,
And parked in the hall was a train full of toys!

The kids-how they squealed! Their faces aglow
As each took his present tied up with a bow.
This Christmas each angel received a new gift
The worries that this special day would sure lift.

They returned to our classroom so happy to be
Heading home with these gifts to put under the tree
When I opened the door, all the children said “Look!”
On each little desk sat a shiny new book.

“Do you like them?” I asked,  I brought them for you
From every direction came hugs, how they flew!
This Christmas was special, I knew right away
For as long as I lived I’d remember that day.


I'd also like to give Honorable Mention to Erik for his story about the shelter dog - excellent story just right for this time of year! - Cathy for her lovely bear story, and Donna for her barnyard Christmas story, all strong entries!

So here's the poll.  Please vote for the number you feel should win.  I'd love it if you could vote by midnight tomorrow (Tuesday) so I could post the winner Wednesday, but i realize I haven't given you much time.  So if not enough people have voted by midnight tomorrow, I will extend the voting and post the winner Friday with Perfect Picture Books.


Thank you all for writing, reading, and voting, and making this contest SO MUCH FUN!
Share